You know, that’s a funny story. In 2012, the three of us met at Houston Baptist University (HBU) in Houston, TX. We immediately clicked and have been close friends ever since.

Cindy and Amy were students at HBU and both pursued a Bachelor of Arts degree in Psychology so they had some classes together. They became close college buddies.

Melanie also graduated from HBU and met Amy at the HBU campus pool. Later on, Amy introduced Cindy to Melanie and the rest is history!

We all felt at home around each other. Since Melanie had been involved in the biofeedback technology we use today for about 15 years, naturally Amy and Cindy were sold on the idea and started participating in it. It was life changing!

Since then, we have seen our family members deeply impacted by it all. So much so, we decided that becoming experts in this field naturally came next for us.

How long does a Nutritional Scan appointment take?

It takes about 35 minutes to scan and about an hour and a half to discuss your scan results with a Practitioner.

How much does a Biofeedback Nutritional Scan cost?

Check out our prices here

Do I have to live in Houston to do a Nutritional Scan?

No! A Nutritional Scan can be done remotely to anyone in the world with an internet connection and a computer (using Microsoft Windows). Otherwise, you can visit our clinic in Houston, TX.

To rent a Hand Cradle: when you book your appointment, choose “yes” to the question “Rent Hand Cradle for Remote Session?”. We will contact you regarding the next steps on how you will receive the Hand Cradle.

The Hand Cradle is a United States Food and Drug Administration (FDA) approved class 2 medical device that reads your Galvanic Skin Response (GSR) during your Nutritional Scan. Similar to a polygraph (lie detector) test. This is what it looks like! 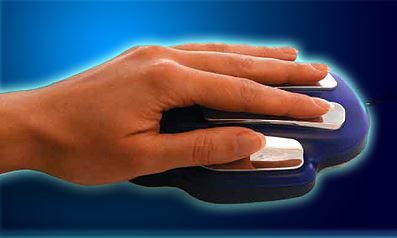 If you realize you want to set up regular remote Nutritional Scans, it will save you money in the long run to purchase a Hand Cradle. Please visit our Shop to buy your Hand Cradle.

Back to FAQ page

Is a Nutritional Scan safe?

Yes! The Hand Cradle is FDA approved as a class 2 medical device and safe for the whole family. The amount of energy used in a Nutritional Scan is so low that it is safe for infants, children, adults of all ages, for people with pacemakers, and pregnant women.

Can I get a discount for referrals?

Yes! If you refer someone who completes a Nutritional Scan with one of us, then we will give you $25 off your next Nutritional Scan. Please tell your friend or family member to inform us that you referred them!

I have questions. How can I directly speak with one of you?

You can click here to schedule a free 15 minute call!

I am ready to do a Nutritional Scan! What do I do to set an appointment with you?